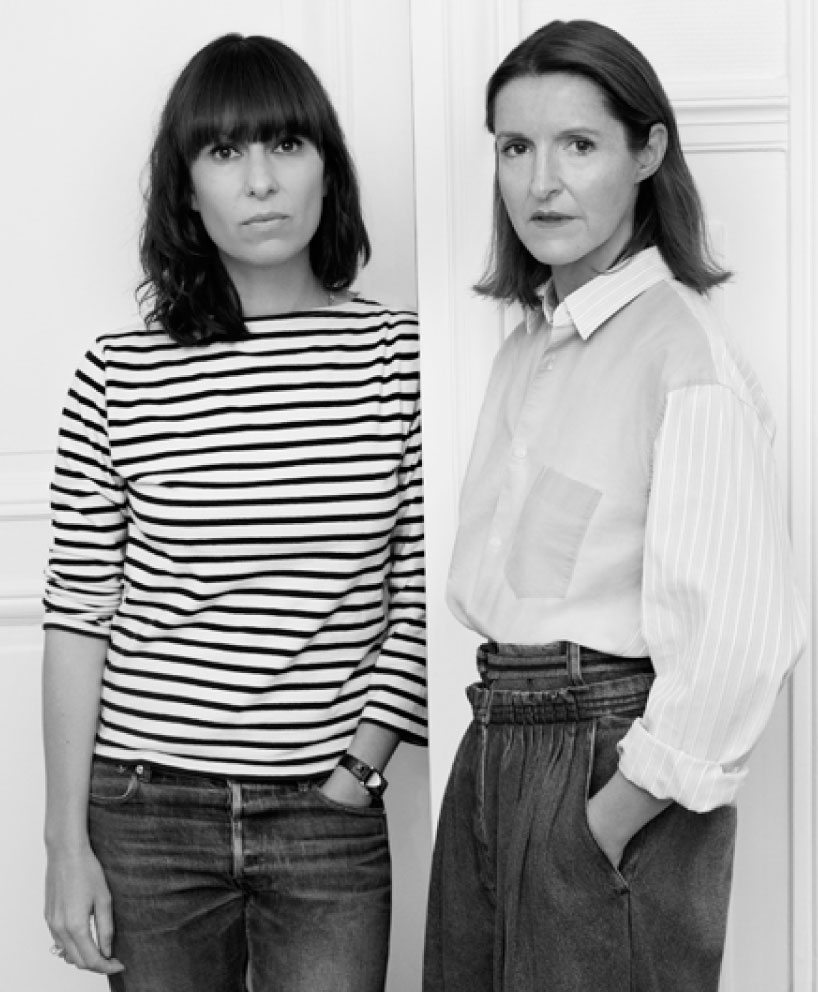 April Crichton studied at St. Martin’s School of Art in London, graduating in 1989. She worked for Sonia Rykiel in Paris for over 20 years during which she created the line Sonia by Sonia Rykiel and was then appointed Creative Director in 2009 where she stayed until 2012. In 2015 she collaborated with Marc Jacobs in New York for two seasons. April lives in Glasgow with her husband and 3 children.

Orély Forestier studied at L’Ecole Superieure des Arts Appliqués Duperré in Paris, graduating in 2000. Following a style consultation placement at the agency Peclers, she joined Sonia Rykiel where she stayed for 15 years contributing on both mainline and Sonia by Sonia Rykiel where she stayed as Design director until 2015. Orély lives in Paris and works as a Design Consultant.

April and Orély met in Paris at Sonia Rykiel and created together LA FETICHE in 2017.

LA FETICHE is based on the concept of an ideal wardrobe consisting of 37 favourite, timeless pieces. A collection of clothing that is both familiar and new. One that has a sentimental connection and appreciation of unique manufacturing skills and a high regard for authentically produced garments. It is a definition of an ideal style shaped by age-old skills of both France and Scotland.

Iconic knits such as the traditional Guernsey sweater have been lovingly hand-knitted in the softest lambswool and revisited with graphic colour blocking. The French Fireman’s sweater has been re-interpreted in the traditional seam-free techniques of the Scottish Fair Isle knitwear manufacturers. Precious striped sailor tops, as fine as childhood undershirts, are layered under vibrant coloured brushed shetland knits. Hand framed two-tone jumpers are patched and spliced together with punk accents.

French workwear has been crafted with the highest quality British cotton canvas, detailed with cotton toile lining and contrast colour top stitching. Men’s cotton poplin oversized shirts are made with fabric from France and Japan.

The high-waist denim jean was conceived as a unique piece, an addition to this perennial wardrobe.

The authentic Trench coats have been made in collaboration with Thomas Hancock and Co, Scottish specialists in manufacturing waterproof coats since 1843. Completely reversible their savoir-faire is made visible from the inside as well as the from the outside, a testament to the craftsman ship and skills of the coat makers. The kilts were made in the greatest Scottish tradition, pleated by hand and produced in the finest Japanese wool.

LA FETICHE works in collaboration with houses and specialists chosen for their exceptional ancestral know-how from both France and the UK.